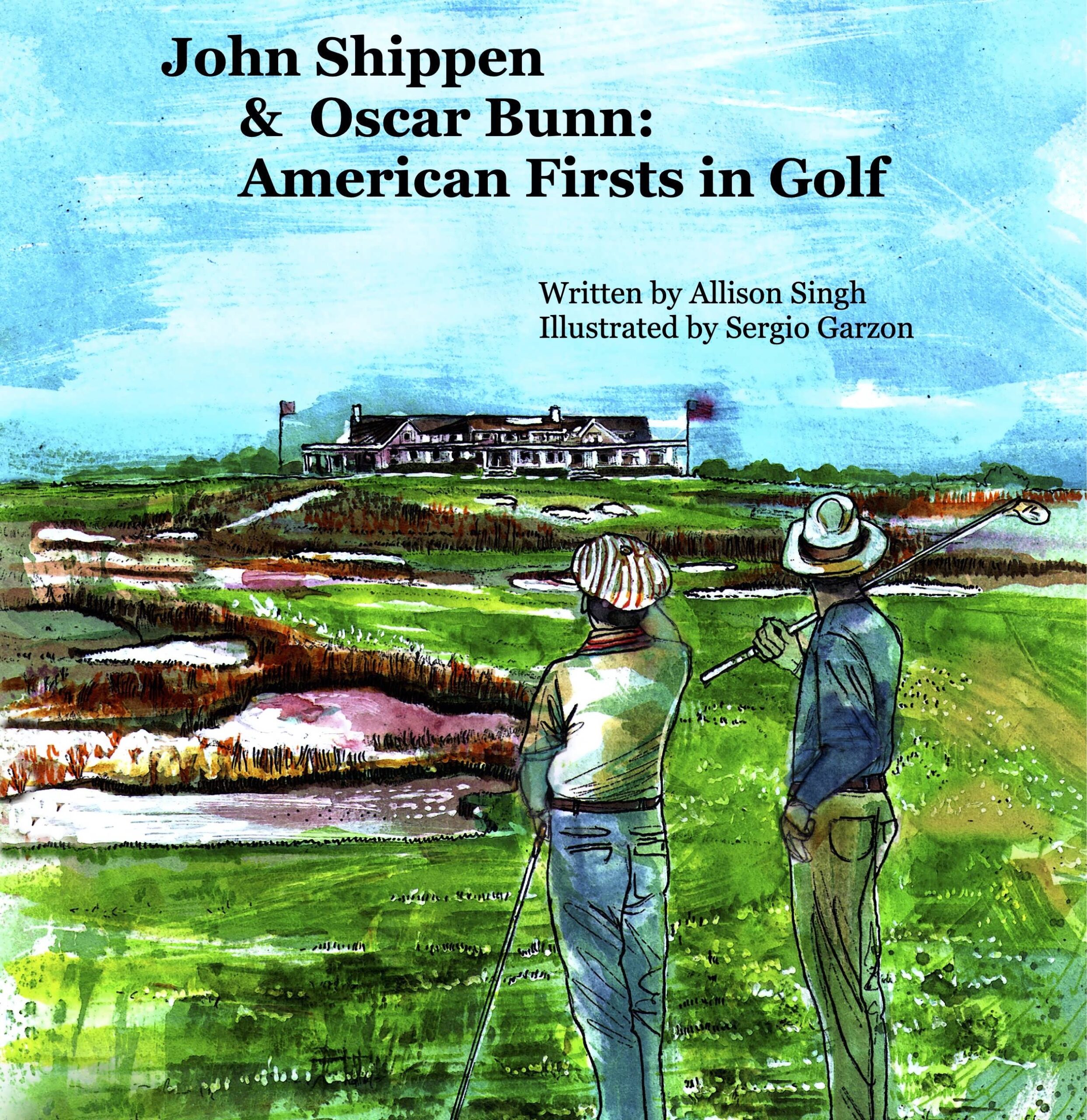 The year is 1896, and golf is taking off in America. It quickly becomes clear that America’s best golfers are not from the privileged class, but are Black and Native American caddies working at the nation’s most prestigious country clubs. John Shippen and Oscar Bunn were two of the most talented golfers of their time, and Shippen is regarded as America’s first professional golfer. In the summer of 1896, the two friends and fellow caddies found themselves in the middle of an international incident when the U.S. Open came to Shinnecock Hills Golf Club in Southampton, New York. What happened next speaks to the possibility, but ultimate limit, of talent in a segregated society.

Please sign the petition for the John Shippen Postal Stamp!

The Story Behind the Books

Since I’ve had children, I’ve been disheartened to see what they bring home from school on Martin Luther King, Jr. Day. First it was crafts – rainbows, kids with complexions as varied as crayons and construction paper allows, a Rosa Parks skit. Then came the dated, black and white worksheets about King’s “I Have A Dream Speech,” and reading comprehension passages about Selma, Birmingham and Montgomery. It was all too neatly packaged, unwrapped once a year for the federally mandated holiday and then filed away.

The message to Long Island kids was: “Move along. Nothing more to see here. That stuff is over, and by the way it was a southern thing.  It didn’t happen here.”

Don’t get me wrong — there are wonderful resources out there to teach children about Martin Luther King, Jr. and the Civil Rights Movement. The problem I have found is that they are not specific to our corner of the world, and for kids, their corner of the world is everything.  This makes it too easy to forget a lesson about a southern preacher who fought for justice in places far away. It doesn’t feel like their history.  They don’t own it.  If they don’t own it, chances are slim they’ll care enough to do anything about it.

Then one cold night in January 2019, I decided I’d had enough. I remember standing with two like-minded friends in the gym of my son’s elementary school for some Friday night social event. One friend lambasted the Columbus Day worksheet. I chimed in about the MLK ditto (what we used to call them when I was in school). Finally, I said, “I am not going to let another MLK Day go by without writing something to make this real for my kids.” Saying it made me accountable, if only to myself.

It started with a Google search. I typed “MLK on Long Island,” and I was off. A few months later, at the Long Island Museum’s “Long Road to Freedom: Surviving Slavery on Long Island,” I realized this was a much bigger project. I was humbled by how little I knew about Long Island history, in particular the stories that are just now starting to be told. I eagerly informed my son’s fourth grade teacher about the exhibit. Fourth grade is the year Long Island students learn about local history. A trip to the museum up the road was a no brainer, right? She gave me a polite smile, but it ended there.

The stories are out there. We just have to open ourselves up to them, listen, and pass them on, especially to our children. Some of the most powerful stories, the ones children can connect to, happened in places they know, streets they walked. These stories provide context children can draw upon as their world broadens with age. They will know that these struggles happened where people like them lived and fought and tried to make Long Island better for everyone.

Sign up for our newsletter and receive a free ebook!